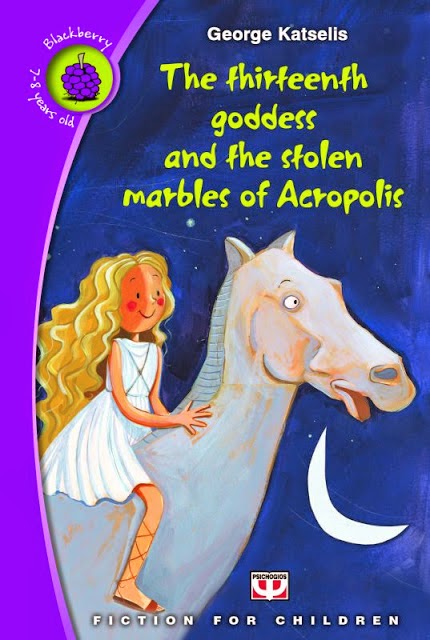 print book and e-book:
https://itunes.apple.com/gr/book/id625146072?mt=11&affId=2189659 (english edition)
https://itunes.apple.com/gr/book/e-dekate-trite-thea-kai-ta/id444467726?mt=11 (greek edition)
The young Melina lives in Acropolis, a city different from all others on the edge of the world. She lives among a series of sculptures of great art and craftsmanship created by her grandfather, the great sculptor Pheidias. Ancient Gods and Goddesses, Giants, Centaurs, Titans and Amazons are her inseparable friends. She is the only one who can make the statues come alive to tell her their unique story. Young Melina's purpose in life is to always protect the sculptures from the wicked. But the evil lurking nearby very soon will involve her in big adventures. Will she be able to save the sculptures and become "the thirteenth Goddess?"
A SHORT INTRODUCTION
There is a place where myth and history give birth to heroes and gods, where heroes and gods become statues under the sculptor’s chisel and statues become a fairy tale. In that place, the statues meet little Melina and tell her their story. This story is not just a fairy tale. It is also the belief and the hope that, at some time soon, the Parthenon sculptures which are now displayed in the British Museum in London will come back to their proper home in Athens. Today, a unique museum, the New Acropolis Museum in Athens houses their other halves. The sculptures in this museum are awaiting the return of their siblings to become one, as they were long ago. The famous Greek poet Odysseas Elytis has said meaningfully:
There is only one swallow
and so precious is the spring
to bring back the sun
it takes a lot of work

It takes hard work and resolve to achieve an objective. Let this story become the little swallow that will carry the message to all the hearts that can still be thrilled by the beauty of outstanding works of art, by the beauty of these unique statues.

THE THIRTEENTH GODDESS AND THE STOLEN MARBLES OF ACROPOLIS
Translated from Greek by Vasilis Poulopoulos
Illustrated by Natalia Kapatsoulia
Edited by Karen Cox
© George Katselis, 2012
© PSICHOGIOS PUBLICATIONS S.A., Athens 2013
First published in Greek in September 2010
First published in English in 2013

GEORGE KATSELIS was born in Asopia near Thebes in 1974. He studied at the Faculty of Primary Education fromwhich he was also awarded a Master’s Degree in Literature (2007), at the Faculty of Philosophy and at the Department of Communication and Media Studies of the University of Athens. He took a Postgraduate course at the Marasleion College of Education in Athens. He has worked with Nestor Matsas on the production of educational films and cultural events.He has also edited several books. His articles have been published in newspapers and magazines and on internet websites. He has published the children’s literature books Toumba Koumba Loumbamba, (Modern Times Publications, 2009), O vasilias Chartouros ke i ippotes tis chamenis anakyklosis [King Chartouros and the Knights of the Lost Recycle] (Modern Times Publications, 2010), O tri to trigonaki [Tri the Tiny Triangle] (Tetragono Publications, 2010), I dekati triti thea kai ta klemmena glypta, [The Thirteenth Goddess and the Stolen Marbles of Acropolis] (Psichogios Publications, 2010), and Ston planiti tis fantasias [On the Planet of Fantasy] (Psichogios Publications, 2012).
Αναρτήθηκε από ΓΙΩΡΓΟΣ ΚΑΤΣΕΛΗΣ στις 10:28 π.μ. Δεν υπάρχουν σχόλια: 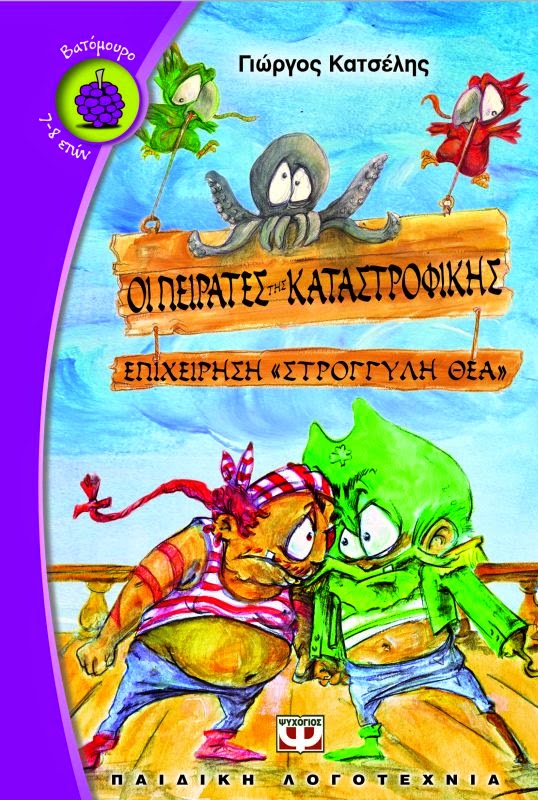